Uber Technologies (Uber) is an emerging technology giant on a mission to set the world in motion. By providing safe, reliable transportation to customers everywhere, cities across the planet are becoming less congested and gradually safer. In Uber’s vibrant home city of San Francisco, the construction of its headquarters is looming; the two towers Mission Bay 1 and 2, exceeding 440,000 square feet, is set to transform the way we perceive, occupy, and operate the workplaces we commute to everyday. To implement the vision of its prime home, Uber partnered with AlfaTech Consulting Engineers, SHoP Architects, and RMW Interiors to deliver a project redefining the norms.

“Drawing on its urge to revolutionize the transportation industry, Uber is pushing the frontier with its innovative headquarters in San Francisco’s Mission Bay district. Through a rarely seen integration of building systems, future Uber employees will enjoy the perpetual benefits of a workplace adapting to its occupants.”- ALFATECH

AlfaTech provided design/bid/build style Mechanical, Electrical, and Plumbing (MEP) engineering, lighting design, and Technology (low voltage, security, audio/visual) services, throughout the entire project. Life-cycle cost analysis, energy benchmarking, and computational fluid dynamics were critical tools to inform the design effort. As the buildings arise, AlfaTech is part of the construction administration effort and served as the engineer-of-record for mechanical and electrical installations. A&S Inc was retained as a minority-based firm, in the capacity as the plumbing engineer-of-record for C+S scope of work.

Under the auspices of Uber’s thought leadership, the design teams disembarked on a journey to create a new form of workplace. It started with the occupant, whose hub is the “neighborhood,” an island of the open office. Versatile hoteling stations, collaboration spaces, and conference rooms were natural components. An intelligent control system was masked within each neighborhood, gently nudging critical environmental parameters toward increased comfort. The near-invisible air-conditioning systems were designed to frequently respond, cooling the occupant at temperatures closer to that of the skin as compared to the normative systems. Simultaneously, office and cafeteria lighting systems mimicked the circadian rhythm using an attentive balance of daylight, indirect light, and artificial light. Taken together, the expression was a workplace in tune with its environment.

While the inspiration to the design teams was Uber’s mobility services, the premise was Uber’s culture of inclusion, diversity, and encouragement of connection between employees. Because the strategy was instilled from the top-down, all floors of Uber’s Mission Bay Campus were intended to integrate, interconnect, and constantly acclimate. Thus, spatial constraints were released to promote flexibility.

The building systems emanated from a combination of ideas which led to a concept of centripetal aesthetics and engineering. This was primarily articulated with the buildings’ illuminating atria system that connected two of the towers, in addition to the seamless control and air-conditioning systems that adapted the interior environments to the occupants.

In summary, the buildings’ eco-friendly features consisted of:

An elaborate IT infrastructure provides the foundation for the buildings technology systems boasting more than 600,000ft of copper and fiber cabling, 20 IT rooms supporting 167kW of network and server capacity. A robust Wi-Fi network distributed throughout the buildings provide secure and reliable wireless connectivity for both end-user devices, building control systems and public guest access to maintain fidelity to the design-intent; these constituted pertinent integration points to the control system. Individual sub-systems communication protocols compiled to the requirements of the Integrated Building Management System (IBMS) architecture enabling the one-platform control-approach desired by the client.

Two 250 kW fuel cells were selected to power campus IT loads in full, around the clock. Consequently, the campus harbored a self-sustaining cloud that could manage the building systems regardless of the status of the normal power grid. Demand-response capability could automatically turndown 15% of lighting power at the request of the utility. The method provided relief for the power grid during certain, pre-designated peak power days.

The two-building atria system, perforated with hanging balconies and slab openings, provided above-grade connections between Mission Bay 1 and 2 towers (also known as 1455 and 1515 Third Street, respectively). From the get-go, the atria were delimited as passive environments to encourage occupants’ connection to the exterior environment. This was aided by a radiant heating/cooling floor system coupled with a fan-assisted, automated natural ventilation system. In the event of wind conditions compromising the structural integrity of the operable windows, mechanical ventilation supplies fresh air. Adaptive thermal comfort modeling demonstrated compliance with our client’s expectations by using refined, meshed-geometry computations.

These innate characteristics of the atria equipped the campus with a near-effortless buoyancy vis-à-vis the outdoor conditions; it significantly reduced energy as compared to any active building component. Meanwhile, transitory comfort could be upheld and regulated by the mixed-mode system on a floor-by-floor basis.

Dual-temperature, high-efficiency water-cooled chillers, with condensing boilers were treated as the assumed central plant condition; however, conceptual studies were also undertaken for geothermal heat-pumps and a condenser water heat exchange with the San Francisco Bay. Due to limitations of the site along with permitting concerns, neither of the alternatives were pursued.

Another focal point in the conceptual engineering design was the perception of wind comfort across the proposed campus. Steady-state computational fluid dynamics (CFD) analysis predicted the worst-case wind velocity vectors as a function of elevation above ground. The results informed locations of parapets and trees to shield sensitive pedestrian walkways and building openings from excessive wind forces.

The sleek, integrated design was predicted to offset energy use regardless of season. Efficient mechanical systems and low-energy lighting spurred the preponderance of the energy use reductions. Water conservation stemmed from a discrete system of pipes and basins that collect graywater from lavatories and rainwater from the rooftops, to repeat water use elsewhere. A diminished ecological footprint naturally aggregated from these conditions of the building systems.

Alternate water practices were enabled by collecting graywater and rainwater to a central treatment system. Safe and fully recycled water was therefore available for flushing at all toilet fixtures. The water reduction was predicted to reach 40% over the applicable environmental standard with 2,100,000 gallons of domestic water conserved annually. UV disinfection and on-site generated hypochlorite for chemical treatment were two important features of the water reuse system. The water quality was controlled to the public health department’s accepted values.

Domestic hot water on the order of 10 times the demand of a modern shower was produced by an array of solar thermal collectors. Comprised of 16 individual collectors, the 500 square feet of aperture area supplemented the domestic hot water system. At rated conditions, the system achieved 650,000 BTU/hr of thermal power.

The astute combination of chilled sails and underfloor air-distribution contributed to the lion’s share of the campus’ state-of-the-art HVAC. Effectively, the chilled sails conditioned workspaces to thermal uniformity while the underfloor air-distribution system supplied fresh air to occupants. The strategy relied on tempered chilled water and high-temperature underfloor air distribution. The latter was served by fan-wall type air-handling units equipped with Variable Frequency Drives (VFD) and MERV13 filter frames capable of accommodating carbon filtration for WELL building compliance. The chilled sails were divided into a perimeter condition and an interior office condition. Both were visually equivalent but used two disparate thermal conductors, carbon graphite and aluminum, yielding higher cooling capacity at the perimeters.

Energy modeling showed that the savings over the industry baseline were targeted to conserve 25% of the energy use, corresponding to approximately 1,100,000 kWh per year. The passive atria were critical energy use reducers by way of its more tolerant interior climate. Effectively the atria act as a double-skin façade system, greatly reducing thermal loads at the south and west building facades. The glazing types ranged from low-shading, fritted glass at office spaces to high visual transmittance glass at transitory spaces.

The clout of Uber’s Mission Bay Campus was the plethora of systems to conserve and monitor the use of water and energy across the daily workspaces. Where measurements and verifications precisely defined the performance benchmark, continuous improvements depended on big data analytics which could identify additional operational synergies and therefore consecutive savings.
The building energy systems needed to swiftly and accurately adjust to changing interior and exterior environmental conditions. Key components included local sensing, integrated sequences, and an on-site weather station. The interactions between the occupants, the buildings, and the ambient, were at the heart of the architectural and engineering systems; with them, a new experience took shape which was targeted to permanently lower environmental metrics on the magnitudes of 1,100,000 kWh in reduced energy use and 2,100,000 gallons in reduced water use. 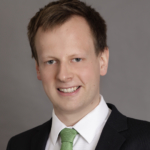